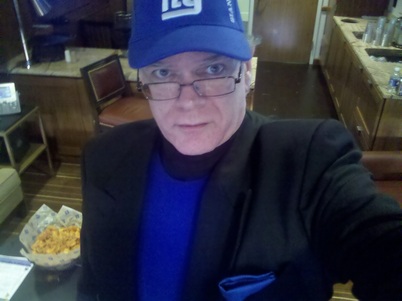 At the Giant Packer game private box (Not mine lol) in December 2012.
Martin O'Sullivan Began in radio as the other half of the Matty & Marty Radio Show along with Matt Hendrickson,  at WiFi 1460 AM in the Philadelphia  The Matty & Marty Radio Show made a move to the brand new studios at YFNradio.com at the end of  September of 2011.  Do to the grace of Matt, Matt arranged Martin to have his own morning show Sundays 10:00am est.

The Marty O Show from time to time has guests from all fields of politics to entertainment. Martin also writes from time to time on his Wordpress site, The Conservative Patriot ,and his articles have been used by authors, and have appeared on news agrigator sites as well as reposted by other bloggers.

NEW INFORMATION COMING SOON AS THE NEW SHOW GETS HONED